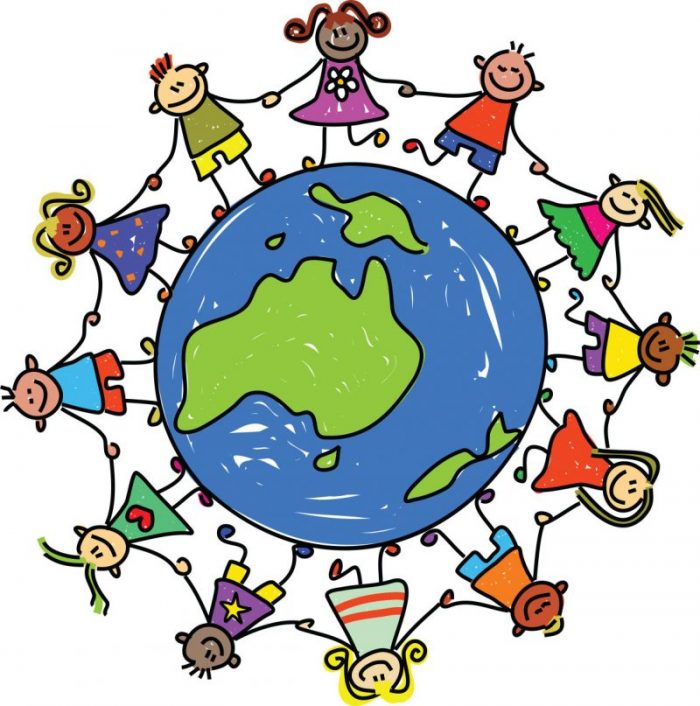 The voice of a child is the reason to change.

We asked kids what they would want to tell the world during an event called ‘Bouwdorp’ in the Netherlands.

What do you want to tell the world?

Davinjo: Do not bully people! Georgino: Do not steal! Bradley: I wish that I could see my late grandfather one more day. People need to know that you have to cherish the time with the ones you love, ’cause time is of the essence. Janicia: Take better care of nature, do not pollute it with plastic. The whole sea is full of it! And people, stop throwing your cigarettes on the ground. It is polluting the trees and plants. Chayenna: Don’t pollute nature! Laquisha: I would like to see a different school system, more about learning and less about remembering knowledge. Romy: Don’t fight with each other!

Jalina: I love stars. Jivaro: I love the forest.

Liz: Do not make war! Fajah: Do not pollute, it kills animals. Kaylie: Stop cutting trees, animals and plants/trees are on the brink of extinction! Rubiella: Stop killing animals for their skins! Laurenzo: I would be the boss of the country and take over. Things need to change.

Vince: I love trees, because they are so tall and have a lot of leaves.

Stef: Buy electrical cars and use the bicycle more often! When you shower, put it just a little colder. It’s better for the environment! Luc: Do not throw your trash on the streets. And there are too many people! Use the bicycle more often, instead of the car. Kiki: Don’t throw plastic everywhere, it kills animals. Cas: There need to be less traffic jams, it is bad for the environment and people have to wait in line for so long. Best is to buy electrical cars. Joerie: Don’t dump your trash everywhere, we want to live clean and healthy! Gabi: Smoke less, or even quit, because it is unhealthy and people all around you are secondhand smoking! Thomas: Do not throw trash everywhere, throw it at least in the bin. If animals eat it, they die. And plastic, avoid that at all. Every piece of plastic will be here forever, and it contains nasty chemicals which are bad for us and nature! Colin: Do not use plastic! A lot of animals die because of plastic. Daimey: Do not kill animals! Daan: Have fun and if you have ideas, realize them!

Sophie: I love kittens, because they purrrr.

Sara: Make a video and tell the polluters what they are doing to our planet and with that, our future! Make people realize what is happening and inform more and more people. Ramon: Stop killing animals for fun! And we do not necessarily need to eat meat, not that much anyways. Why not eat animals when they died of old age. And the gasses of cars need to be cut back! Zino: We need to stop the poachers! Maria: Watch what you throw out. Think about the earth that is getting warmer and warmer, think about the animals and think about what is happening to us. Elise: Be healthy, do not smoke and live free!

Yordi: Cities need to be more prepared for floods. Teun: Stop polluting nature, animals die because of swallowing all the trash we throw out! Janey: Do not pollute nature! Streets and ponds are full of trash and when animals eat this, they die. Jaymen: Stop polluting our environment! Ashley: I like that there are people who are still trying to make things better.

Jaylee: Do not fight with each other! Be aware that all the trash you make, animals will eat and if they swallow it, they can die. Bryan: Do not bully! I like how some people stick up for each other when needed. And I do not like the pollution of our environment! Jan: Always help each other out! Badr: Stop hunting animals! It is bad for our planet. Shaquilla: Have less and less trash, because it is bad for animals and nature in general! Dean: If you seperate waste than there is more of a chance it will be recycled. Senna: Be kind and polite to elderly people! Justin: Stop polluting this world, it is bad for our environment and animals. Animals have a life as well, like we do! Milano: Take better care of nature and clean up trash, even when it is isn’t yours.

Yor-ell: Throw your trash into a bin, when animals eat it they will die. Gili: People who make our products need to earn more! This way we can deliver better quality of products and better quality of life. And people need to be more kind to animals. If someone hurt or even kill an animal, the punishments need to be heavier. Devinyo: Stop racism! When this happens to people they get hurt and feel unsafe! Luciano: Stop making trash, people! And take better care of your pets. Mielo: Don’t throw your trash everywhere. If the trash is near trees, they will get sick. And animals just eat trash, they don’t know what it is! And they will get sick as well and maybe even die. Marlies: Our waste ruins nature. Use less plastic, so animals won’t get hurt. Not on land, not in the sea. Damien: Stop pollution! Sven: Quit cutting trees! They give us oxygen!

Keano: Cut down the gas emissions! Carice: Factories are very polluting, and if they are they need to closed down. Sietse: Use less and less products with oil. Use solar panels instead and buy electrical cars if you can afford it. And i love how some people are cleaning up another man’s trash, I respect that! Jules: Do not hunt! Animals are alive, just as we are! We are all equal. Marciano: We need to step up our protection for animals. More checks, more sanctuaries and less zoos! Vinz: Do not pollute nature! And stop hunting, especially bears! Floor: Poverty in this world is a problem. There should be more research in what the people in that particular area would need, and how we could help them to live there instead of making them dependent on us. Pien: Stop polluting nature and take care of it instead! Stop throwing out cigarette buds and plastic!

Dacian: Throw all the plastic waste you have, into a bin. The world is in a very bad state, look at all the plastic in the seas and oceans! And watch out for animals when you play soccer! Dani: Use the bicycle more often! And know that most of your trash ends up in the sea! Devon: We need to give sharks, the white shark in particular, more space to live. If we want to dive or surf, know that you are entering the home of other animals. Macy: I love elephants, and they need more freedom and not be living in a cage in the zoo. Let them live in sanctuaries! Jaylie: Be kind to each other! Guus: We need to stop polluting this world! There is too much trash and waste. We need to stop cutting down trees! And protect the bee and save them from getting extinct. We need them! Jayden: Do not hunt on sharks, they are very important for our planet! The same for rhinos, stop hunting them for their horns! Fenna: I love zebras and giraffes, but putting them in a cage is not nice. We need to let them have more freedom, like we would want to. Evi: Stop making guns! They are dangerous. Brayden: We need to realize how many plastic there is in the seas and oceans!

Dean: I love dogs, people take good care of them!

Arwen: Do not hurt each other! And don’t throw trash everywhere, especially plastic. Mika: We need to protect the lion and tigers. Think of zoos, they don’t belong there! Luc: Animals choke in the plastic that we use every day. And people need to know that cigarette buds are made of plastic too! Younes: People need to be punished when they bully or hurt animals! Rowena: Do not smoke, you make your environment sick! Anouk: Protect the bees! It is so important. Aziz: Do not smoke. Do not make war, talk instead! Be free and be positive. And I would like to see that if people would want to hurt another person, out your anger on a doll instead!

Vinny: Quit smoking! It is so unhealthy and you can die because of it. Hailey: Don’t make war. Tycho: People need to game less to avoid getting addicted to it! Rico: Be peaceful to each other. Jasmine: Stop using plastic!

Soraya: Stop slaughtering so many animals! We are equal to other living species on this planet. Tyrone: I would like to see more equality for everyone. There are still too many homeless people around the world, and we could easily help each other out. Quincy: All our trash pollutes this world! Maria: Take better care of pets, like dogs. 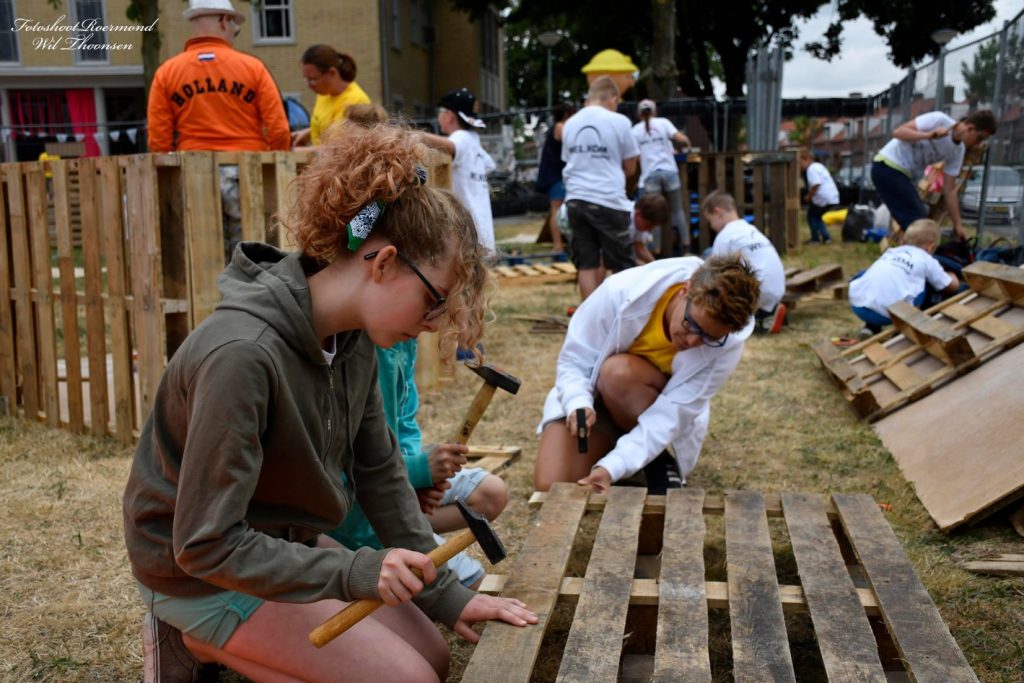 Thank you all and we can do it –

EN –
We are the future of this world. And our world needs our help.

It is damaged, it is hurt and time is of the essence. We can not survive without it. We need this planet, its water, its soil and all its beautiful creations.
We are part of the system, part of a wonderful world.

So what can we do? We are strong, we are smart and we all have our own qualities to help each other out.
Do you have dreams? Plans or ideas? Share them, with us and with the people around you. Teach them what you know and show them the way to a better life for everyone.

There is almost nothing that is impossible, and by helping each other we can make the change that is needed.

– Plan fun events to spread the magic and knowledge about this world.
– Give information on schools, companies and other locations with presentations, interactive games and do-it-yourself’s.
– Create self-made posters and flyers.